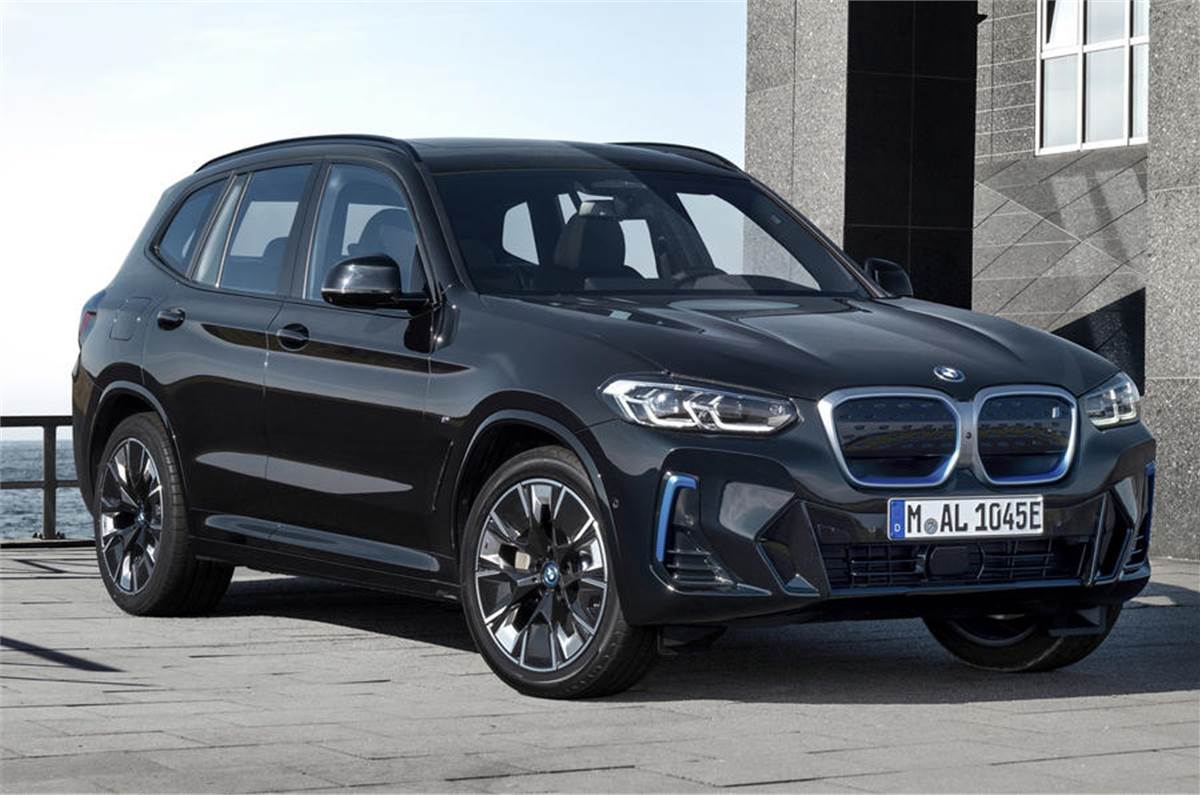 BMW’s all-electric iX3 electric crossover has received an update less than a year after its debut in production-spec form. Electric SUV production is expected to begin by end-September 2021, with the first public debut set for the Munich auto show in 2021.

A few obvious changes, which complement its combustion-powered sibling completely include a wider grille with new mesh detailing (that’s gone blanked-off!), slimmer headlights, an expanded lower air intake, reshaped air curtains, and an overall slightly refreshed rear end with new lights and bumpers. A new M Sport cosmetic package is included as standard with the iX3 update, which gives the electric SUV a sportier look than before. As before, the iX3 is distinct from the standard X3 with its blue trim components referring to the electric innards, along with a bespoke-designed wheel. The cabin is also up-to-date, with blue accents on the gear selector, the start-stop button and the 12.3-inch digital dial.

Technical changes have not been made, so the 74kWh (net) battery can still provide up to 460km in WLTP. A full charge takes just 34 minutes at a speed of up to 150kW, which is equivalent to 80 per cent of the battery’s capacity. Powered by a 286hp and 400Nm rear-mounted motor, the iX3 accelerates from 0 to 100 kilometres per hour in 6.8 seconds and reaches 180 kilometres per hour.

In the meantime, no iX3 launch news has been reported, but BMW is expected to launch the facelifted X3 in India later this year. As well as a standard spec, BMW has confirmed that it will also introduce an X3 M40i performance model in India, which could be part of a facelift. Additionally, the X4 will receive an update.