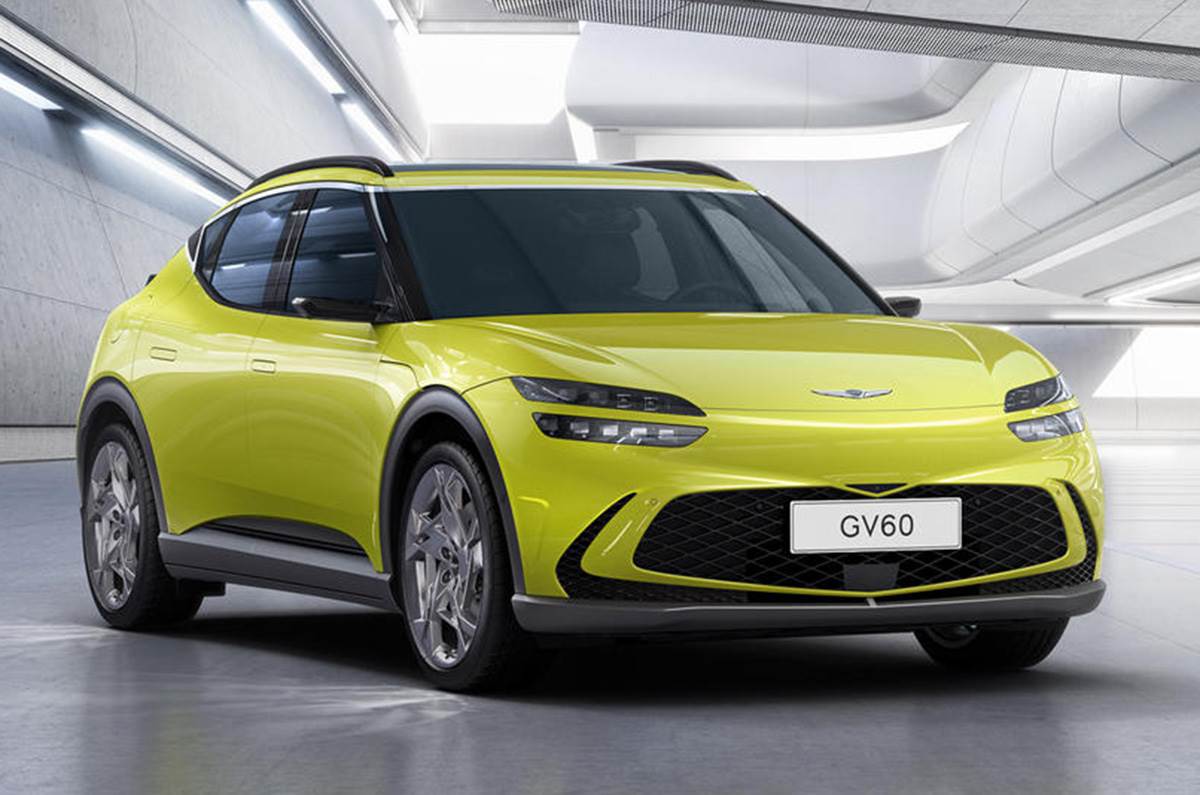 Hyundai-owned Genesis introduced the GV60, a plug-in electric car based on Hyundai’s E-GMP platform, which it claims will bring a “totally new experience” to the premium market.

Hyundai’s new crossover is built around Hyundai’s advanced E-GMP architecture, which is also used in Hyundai’s Ioniq 5 and the next-generation Kia EV6. The 800V architecture makes it possible to charge at 350kW ultra-rapidly, and it can be used with both single and dual-motor powertrains, as well as a range of batteries.

Genesis plans to introduce an electric version of its G80 sedan in Europe in addition to the GV60, which will slot below the GV70 and GV80 in the model line-up. 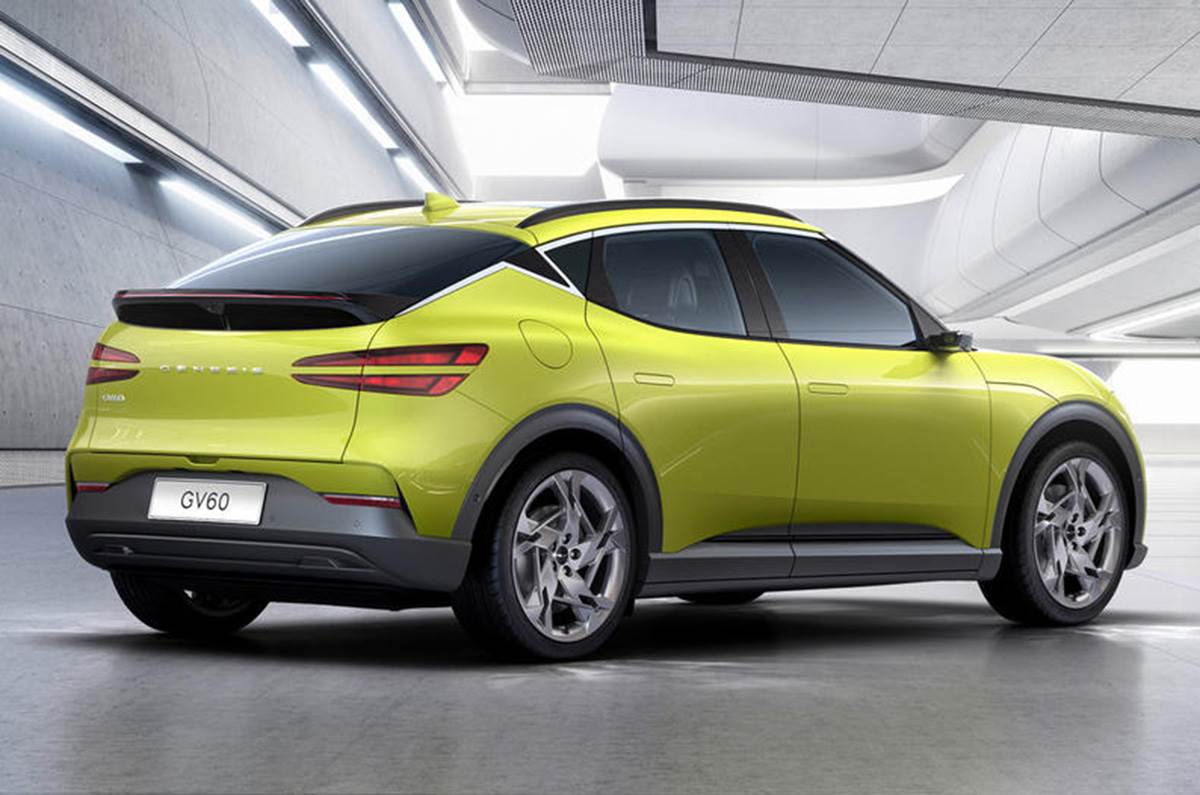 A characteristic side profile of the GV60 is that of an SUV coupé, with clean bodywork enabled by pop-out door handles and video cameras in place of wing mirrors. Genesis’ light design embodies a new evolution of the company’s aesthetic, with lights on both sides of a flush front end featuring a revised logo. Genesis claims that the lower part of the front features a large grille that adds cooling to the high-voltage battery as well as emphasising dynamic performance. There is also a clamshell-style bonnet. On the car’s rear end, there is a fixed-wing on the roofline, like on a coupe. 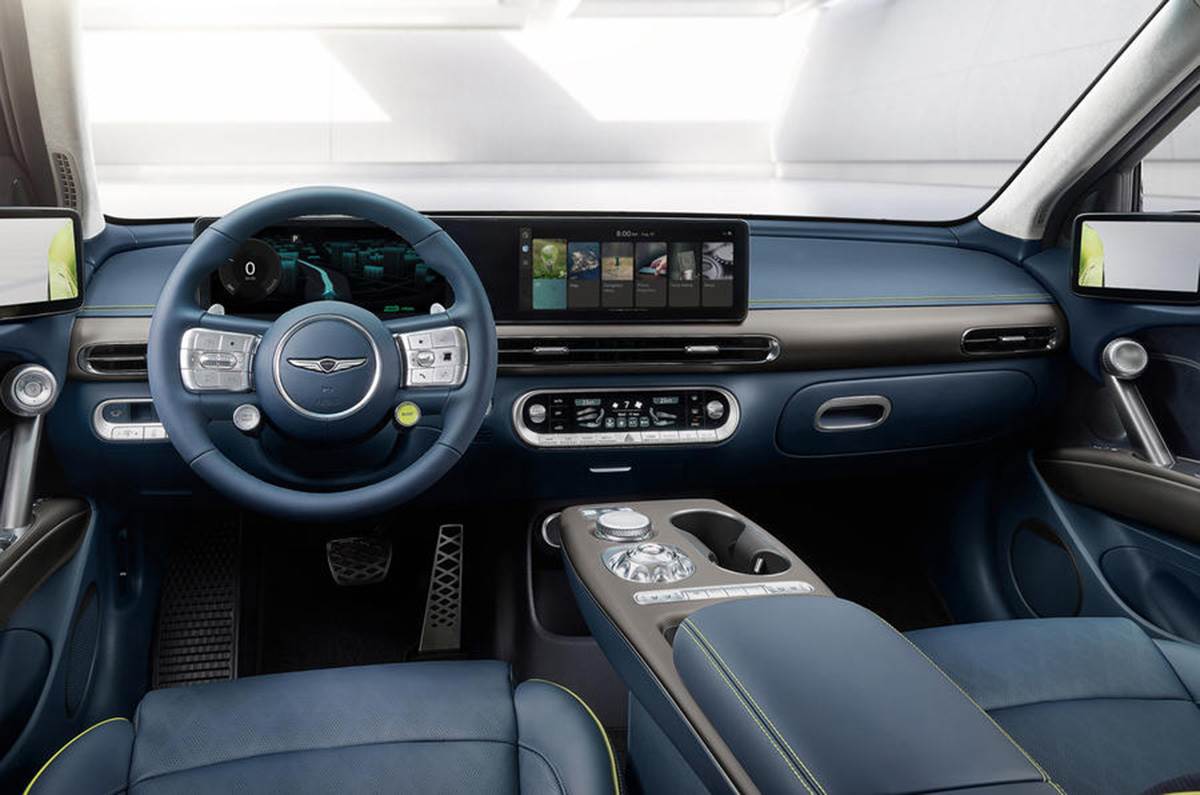 An array of twin-screen digital displays dominates the interior dashboard, while a large console houses both storage and key controls, like the Ioniq 5 and EV6. It also features mood lighting that illuminates when the car is turned off, which Genesis says is also controlled by the crystal sphere. A blue colour scheme is also evident in the cabin images released by Genesis.

GV60’s technical specs have not yet been announced, but it will likely be very similar to the Ioniq 5 and EV6. So, it could feature both 58kWh and 77.8kWh batteries, the latter of which could offer a range of more than 480km with the larger battery. Single-motor, rear-wheel-drive models are expected to come with 169 and 217 horsepower, while four-wheel-drive models will offer 305 horsepower.

The first Genesis model was set to be a crossover SUV, as reported back in 2019. There are currently two SUVs from the brand on sale in the global market – the GV80 and the Hyundai Tucson-based GV70 – but it’s still unknown when they will arrive. The introduction of Genesis in India has not been announced since then by Hyundai.