Kia Motors has launched a top-spec version of the Seltos SUV – the X-Line trim, priced at Rs 17.79 lakh for the petrol version and Rs 18.10 lakh for the diesel version respectively (ex-showroom, India).

During the 2020 Auto Expo, Kia showed off the Seltos X-Line concept as a preview of the upcoming model. Bookings can be made through Kia’s dealer network as well as their website. GTX+ was the company’s top-spec trim until now, and it sells for Rs 17.64 lakh for a petrol auto and Rs 17.85 lakh for a diesel auto. Now with added bells and whistles, the petrol X-Line is expensive by Rs 15,000 than the GTX+ trim, while the diesel model is dearer by Rs 25,000.

Exactly what is new?

It is similar to what Tata has done with its Dark Edition model; Kia has given the Seltos X-Line a host of cosmetic upgrades to give it its own identity. Xclusive Matte Graphite, the exclusive exterior paint, is the most significant exterior improvement, as no other competitor in the segment offers matte finish paint.

As an additional feature, Kia has installed an “Xclusive Piano black” (gloss black) finish on the front and rear skid plates, Outside Rear View Mirrors, shark-fin antenna, tailgate garnish, and faux exhaust on the rear bumper. In addition to gloss black inserts, ‘Sun Orange’ accents are used on the skid plates, side door garnishes, and wheel centre caps. The 18-inch alloy wheels featured on the X-Line are finished in matte graphite. This sign further distinguishes the new model from the rest of the lineup. 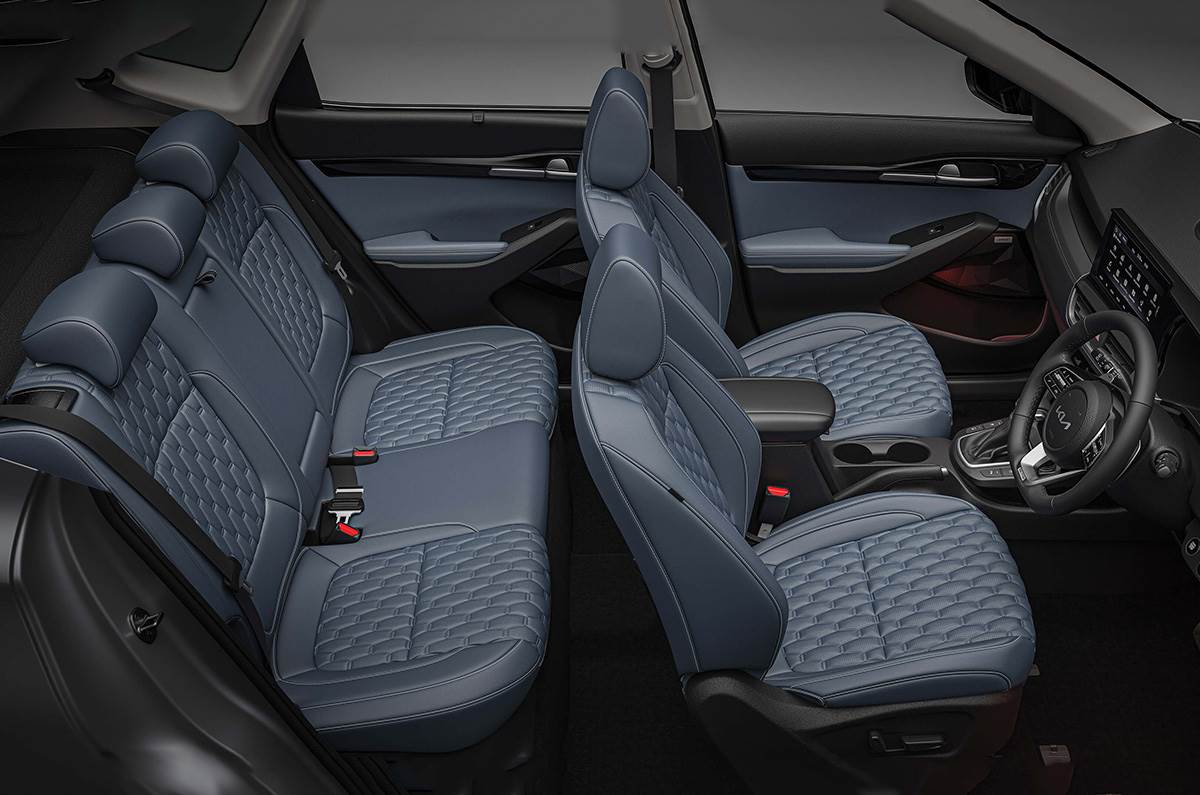 In terms of interior design, the Seltos X-Line is equipped with a new Indigo Pera leatherette upholstery that is found on both the seats (which also receive a honeycomb pattern) and the door cards. Other than these changes, the GT Line variant’s feature list remains unchanged. There will be a 10.25-inch touchscreen infotainment system with Android Auto, Apple CarPlay, automatic climate control, ventilated front seats and a sunroof on the X-Line.