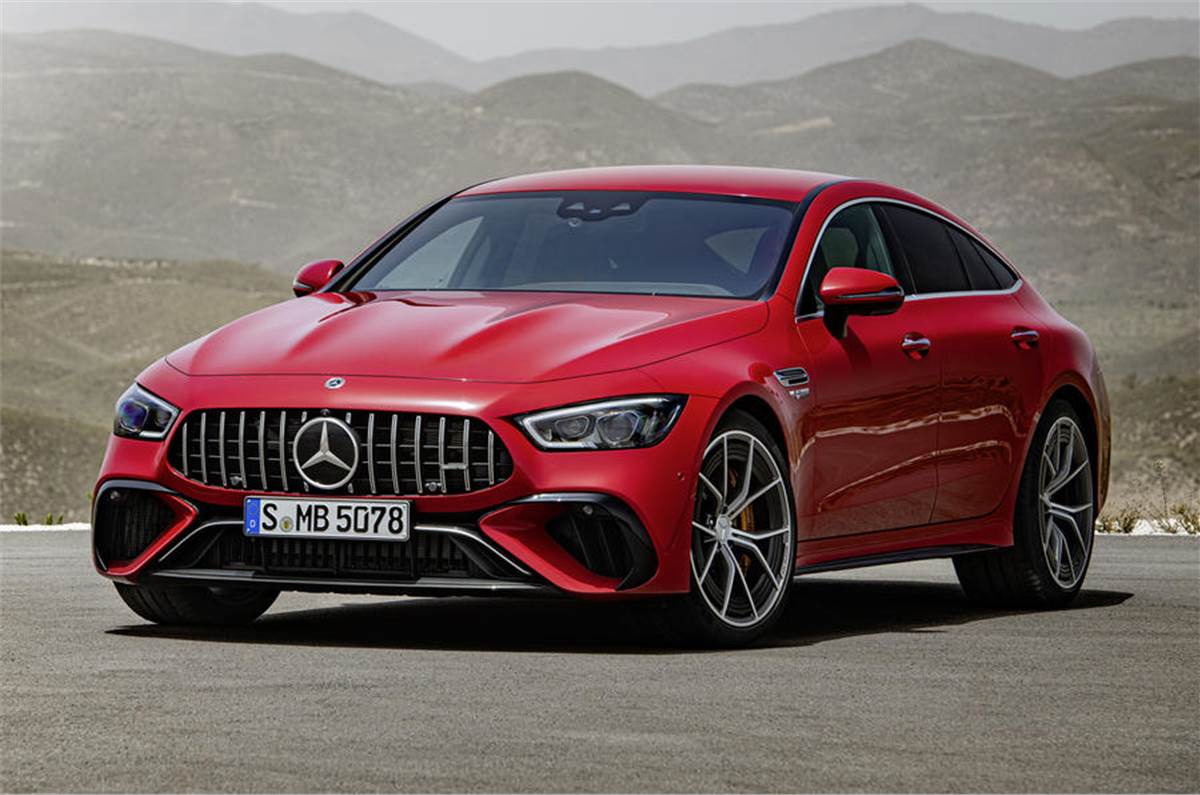 Affalterbach’s first plug-in hybrid model pairs a twin-turbocharged 4.0-litre petrol engine with a 204hp electric motor on the rear axle, in a new arrangement known as the P3 drive system. The hybrid drivetrain is derived from the Formula 1 racecar powered by Mercedes-AMG. The technology is said to deliver optimised weight distribution and rapid torque deployment.

It is expected to have a maximum power output (843hp) and torque of more than 1,400Nm. It will clear the 0-100kmph sprint in just 2.9 seconds and top out at 316kmph. The two-door GT Black Series matches the small and track-oriented GT Black Series two-door launched last year for outright performance. 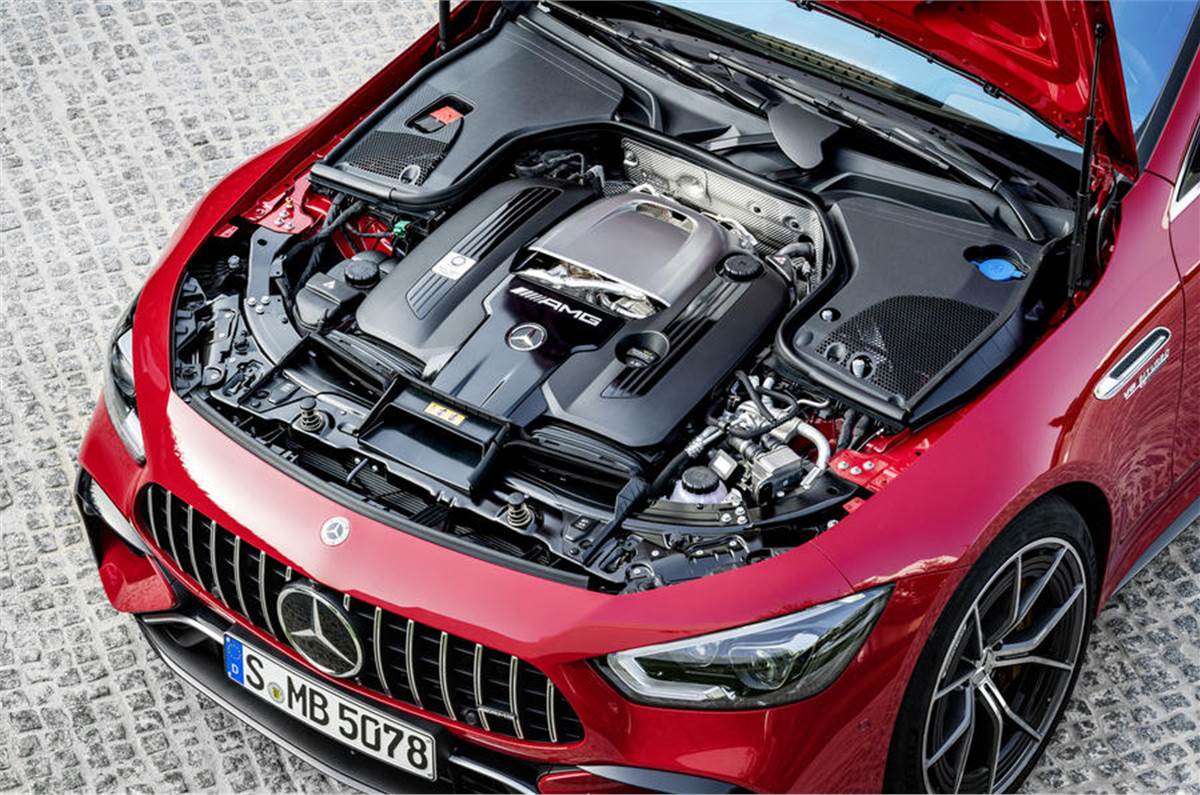 An electric motor is powered by a 400V battery pack containing 6.1kWh. Its weight was claimed to be just 89kg, and its purpose was to deliver power quickly without a long distance. According to Mercedes, the PHEV is capable of running for 12 km on a single charge, and the electric motor can handle propulsion at speeds of up to 130kmph. The use of electric power allows faster acceleration out of corners or rapid overtaking manoeuvres due to its “always-on” nature. Furthermore, regenerative braking comes with four severity levels, so you can drive on one pedal in certain situations. Furthermore, the new model is expected to emit 196 grams of CO2 per kilometre.

AMG chairman Philipp Schiemer says, “With the new GT 63 SE Performance [4-Door Coupé], we move our brand’s DNA into the electric future while staying true to our own technical tradition, which has made AMG unique and desirable throughout the years. Mercedes-AMG has taken on a whole new concept with the ‘E Performance’ performance hybrid developed in Affalterbach. With this new concept, the brand will become a driving force in 21st-century luxury performance..” 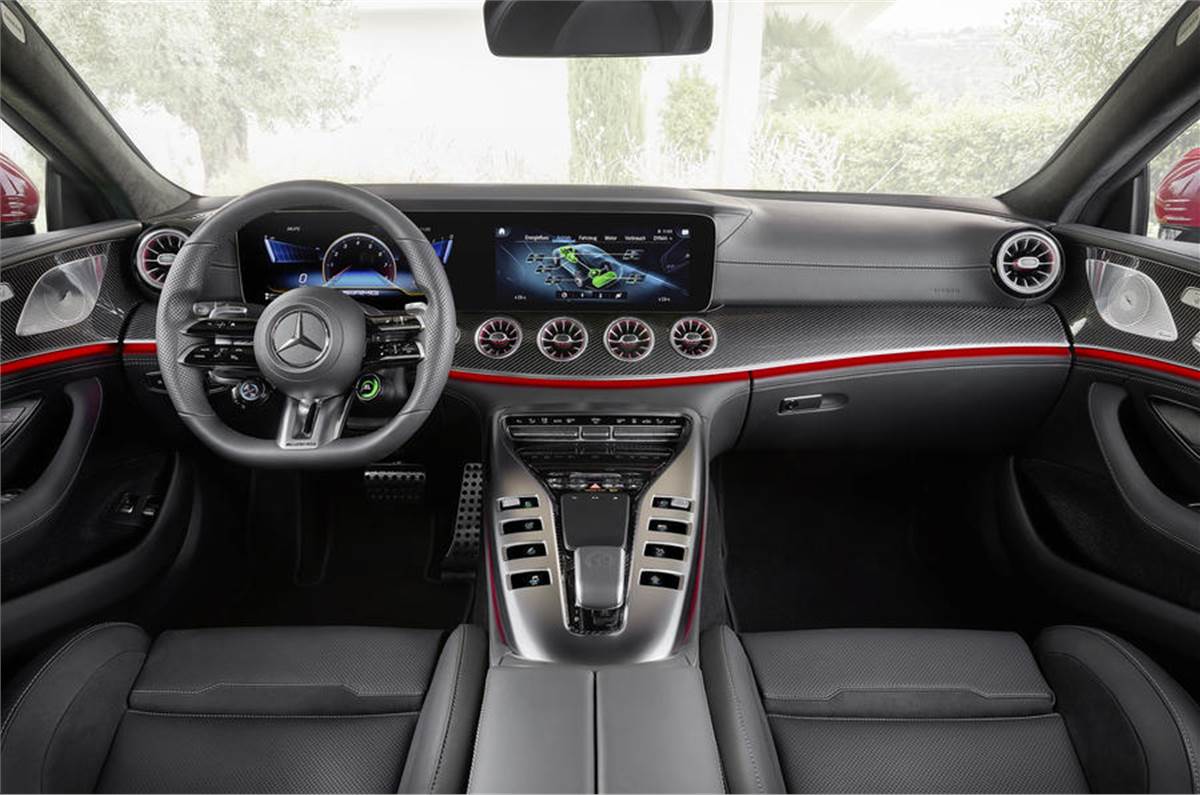 There are simply subtle changes to the design of the car, mainly a refitted front bumper, new exhaust outlets, and exclusive 10 spoke and 21 spoke wheel designs. The other visual and technical characteristics of the PHEV are identical to those of the recently facelifted GT 4-Door Coupé.

There are similar subtle changes inside, but, as with other Mercedes PHEVs, MBUX’s infotainment system contains hybrid-specific displays, including an electric-vehicle range indicator, real-time power consumption data and a motor power gauge.

Mercedes-AMG is likely to bring the E Performance model to India since the GT 63 S coupe is on sale in the country. However, there has been no official confirmation. Besides the GT four-door, Mercedes-AMG also offers a wide variety of performance SUVs, coupes, sedans and coupes, including the newly-launched GLE 63 S and E 63 S. The AMG A 35 and GLA 35 SUVs are also being assembled locally in India by Mercedes’ performance arm.