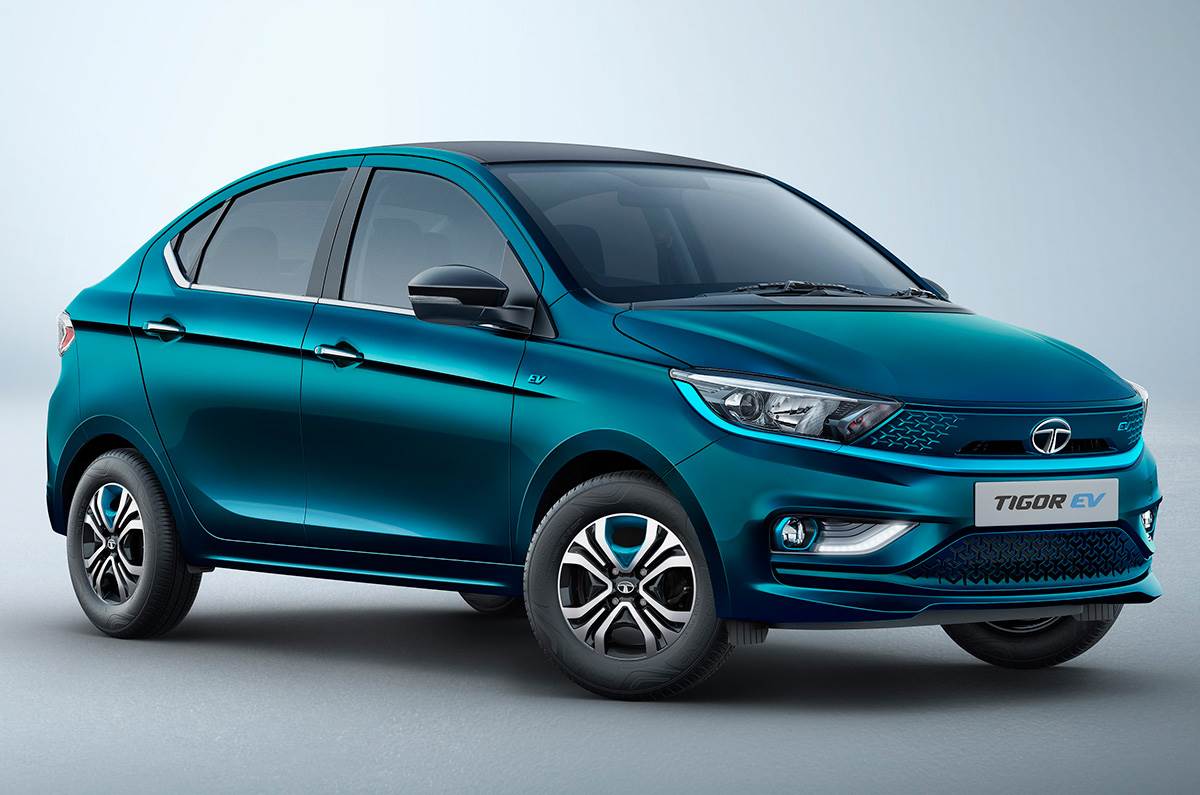 A 2021 Tigor electric vehicle powered by Tata Motors‘ Ziptron EV powertrain has been unveiled in India. It is Tata Motors’ second mass-market electric vehicle after the Nexon EV and is the company’s second EV to be aimed at private consumers, unlike the previous Tigor EV, which was mostly available to government and fleet operators. Tata dealers and online retailers can also pre-book the Tigor EV, which will be launched on August 31. 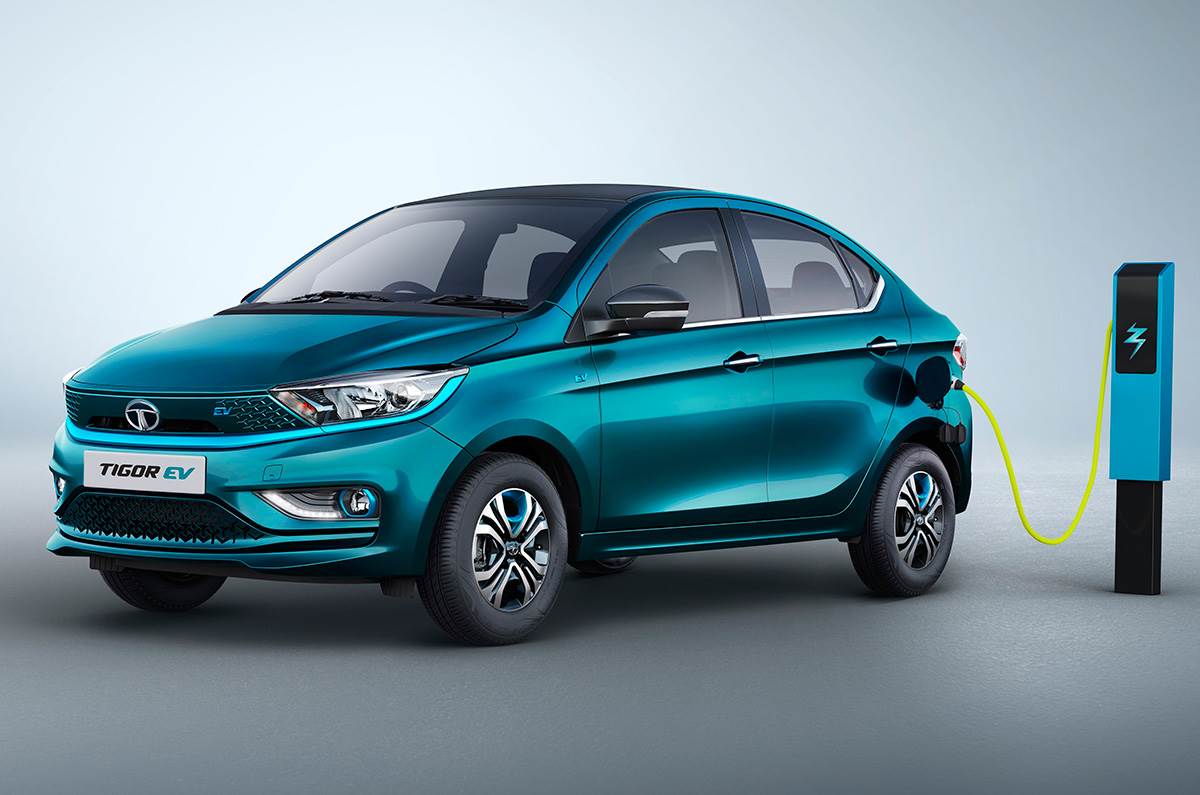 A new EV is modelled after the internal combustion engine (ICE) Tigor facelift was introduced last year. In spite of the similarity, there are a few key differences from the ICE version. The most noticeable change is the shiny black panel replacing the traditional grille, along with a bright blue accent to bring the entire effect together. Additionally, the Tigor EV’s headlamps and 15-inch alloy wheels feature blue accents, which are also modernized.

The Tigor EV, which was updated alongside the Xpres-T, also gets projector headlamps along with LED DRLs embedded in the front bumper with respect to the Xpres-T. 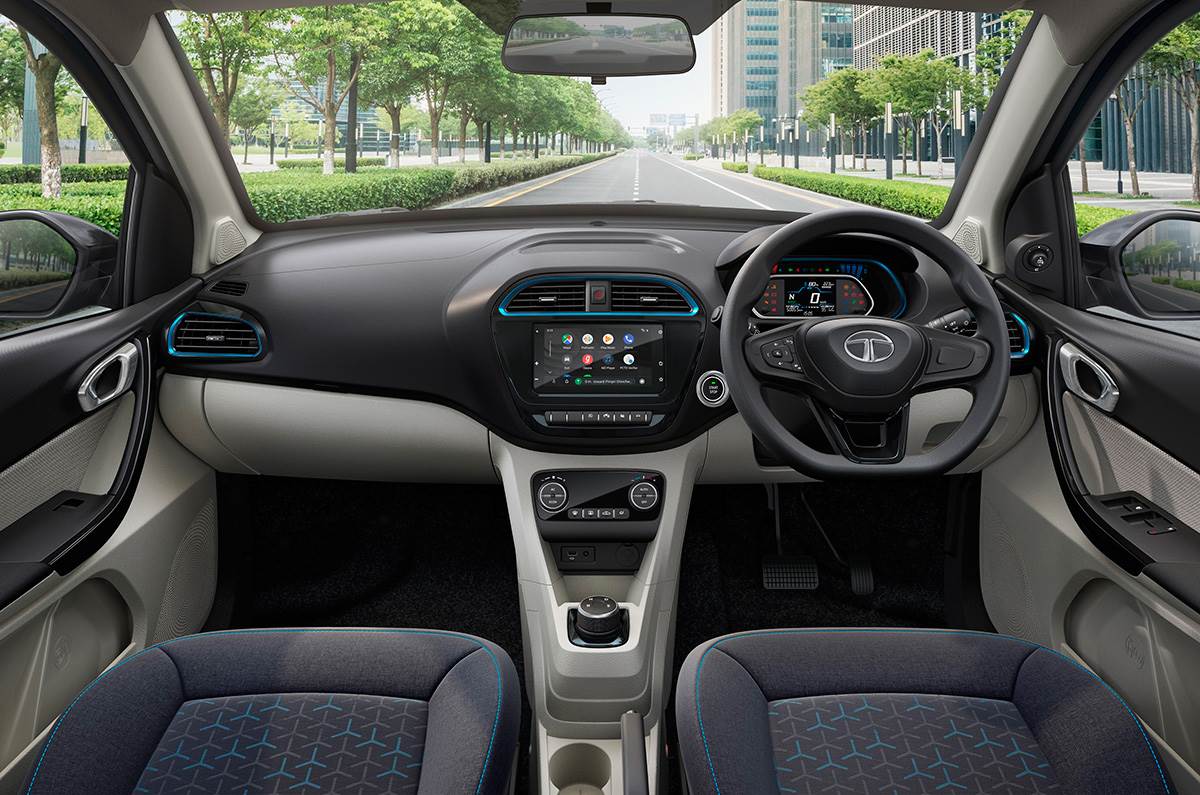 As for the inside of the cabin, the interior looks very similar to the standard Tigor. The interior of the Tigor EV is also accented with blue to differentiate it from its ICE counterpart.

Tata will offer its Ziptron EV powertrain for the 2021 Tigor EV, which had previously been unveiled with the electric Nexon. In addition, Ziptron’s high-voltage 300V+ architecture uses a permanent magnet synchronous motor which can generate 75 horsepower and 170Nm of torque on the Tigor EV. This allows it to achieve 0 to 50kmph in 5.7 seconds.

Tata’s Tigor EV is equipped with a 26kWh lithium-ion battery pack and also features an IP67-rated electric motor. As a result of Ziptron tech, the Tigor EV can now be charged quickly. Fast charging enables the Tigor EV to be charged from 0 to 80 percent within 60 minutes. Regenerative braking is also found in the Tigor EV, as it also is in the Nexon EV. Tata offers a warranty on its batteries and motors that lasts for 8 years or 1,60,000km.

Tata Tigor EV Ziptron is expected to undercut Nexon EV’s price range of Rs 13.99-16.85 lakh and could cost approximately Rs 1.5-2 lakh more than the ICE-powered Tigor, which is currently priced at Rs 7.81 lakh. Moreover, the Tigor EV could be the cheapest EV in India for private buyers.

The new Tata Tigor is likely to be a huge contender in the mass-market EV space for Tata Motors, which is already a leader in the EV race in the country. Currently, there is no direct competitor in the market for the Tigor EV at this price point.