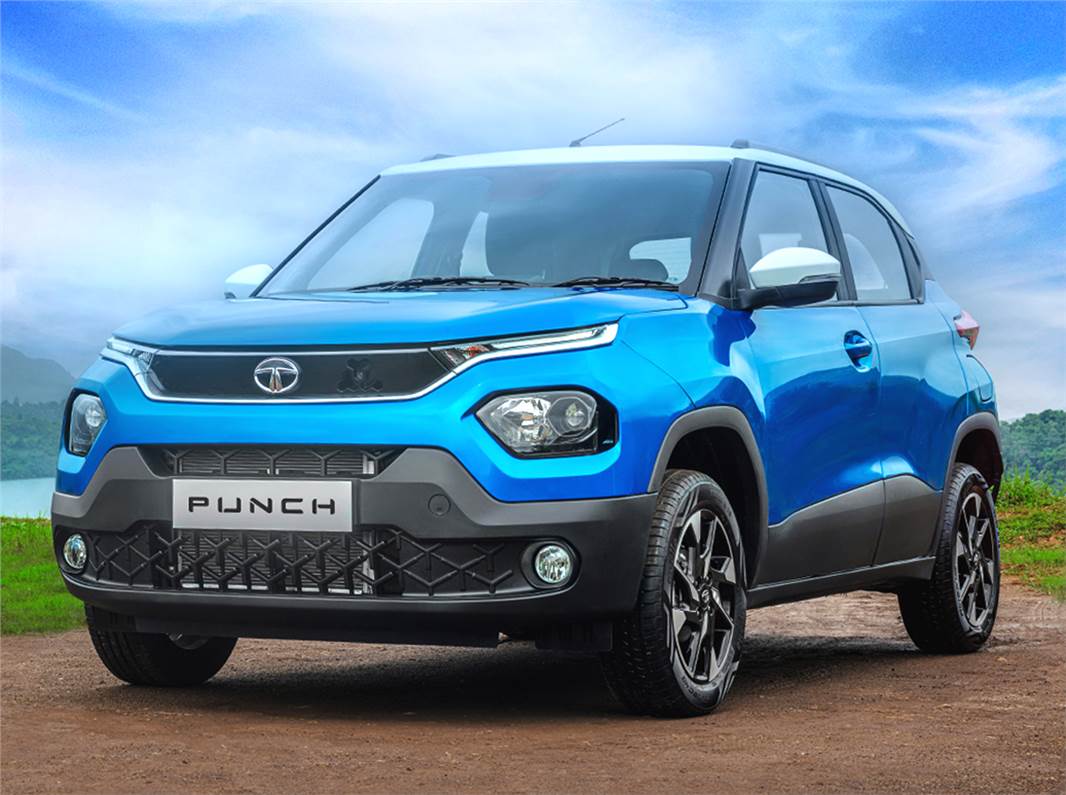 Tata Motors is ready to launch its newest SUV after unveiling the H2X Concept at the Auto Expo 2020. This highly anticipated SUV will be called ‘PUNCH’ by the company. In conjunction with its upcoming nationwide launch this festive season, Tata Motors unveiled the Punch, its first SUV designed under the Impact 2.0 design language and based on the ALFA-ARC platform (Agile Light Flexible Advanced Architecture).

Tata ‘PUNCH’ is designed for the next generation of SUV users and combines sporty dynamics with tough utility. It encapsulates what a characterful SUV should look like. It embodies a balance of modernity and robustness, compactness and practicality, toughness and playfulness, and a true expression of confidence and individuality.

In addition to offering a sporty experience on winding, rugged country roads, the Tata PUNCH has been cleverly carved to fit through the busy roads. In addition to the spacious cabin, great driveability, segment-leading safety and powerful performance of a true SUV, the model also packs a lot of punch for SUV enthusiasts. This SUV with its high seating position, versatility, and dynamic design is a great choice for SUV enthusiasts. Tata Punch definitely delivers in all aspects but also takes it a step further to give customers a presence they’ve never experienced before.

The Tata Punch SUV, as its name suggests, is an energetic vehicle with the ability to go anywhere, according to Mr Shailesh Chandra, President, Passenger Vehicle Business Unit, Tata Motors. Despite being lightweight and strong in its abilities, this vehicle truly outperforms its competitors. PUNCH will have a striking design, advanced technology and manoeuvrability that will make it the perfect combination of technology, design and driving dynamics.

The fourth addition to Tata Motors’ SUV family, PUNCH, will be a compact city car with pure SUV characteristics and be true to the SUV genetics found in all of Tata Motors‘ products. This widens the range of options for customers.

The Tata PUNCH will define this crowded market with its intelligent design and compact footprint and will be an impactful SUV. In terms of surfacing and look, its muscular design is an excellent match for a tough SUV that can match its bigger brothers. Altogether, ALFA’s architecture possesses the attributes to develop modern and youthful vehicles quickly due to its light, modular, and flexible characteristics. The PUNCH SUV is set to debut in the market this festive season and redefine the SUV segment.

Production-spec Tata Punch resembles the concept shown months earlier, but the design has been muted very slightly. Furthermore, the HBX features the same family of design elements found on Tata’s larger SUVs, such as its Harrier and Safari models, known for their split-headlamp designs and humanity-line grilles.

Tata Motors has posted an image of their concept car in which the front bumper and body cladding have been reduced, but the squared wheel arches and upright stance continue to give it an SUV-like look. As well as creating a nice floating effect for the roof, the dual-tone exterior paint options create a nice finishing touch. The 16-inch wheels make the Punch look stylish.

It has not been revealed yet what the interior will look like, but we expect it to follow the concept with a free-standing 7.0-inch touchscreen infotainment system and square air-conditioning vents. Punch and Altroz share many interior features, such as the three-spoke flat-bottom steering wheel, HVAC controls, and even the part-digital instrument cluster with a digital tachometer and analogue speedometer.

Punch micro-SUV is likely to come powered by two 1.2-liter engines. The lower-spec version will be a naturally aspirated engine, borrowed from Tiago and Tigor. The top-end trims are expected to come with turbocharged engines.

Punch is expected to start just under Rs 5 lakh when it is launched. It will compete with high riding crossovers like Maruti Suzuki Ignis and the upcoming Hyundai Casper, alongside competing with entry-level compact SUVs like the Nissan Magnite and Renault Kiger.